Showtime’s lineup should get better

Yesterday Showtime Boxing rolled out a whole list of fights for the first half of 2018. Most of the usual PBC suspects were announced with dates but a couple of notable names were missing. Shawn Porter and Gary Russell Jr are expected to be added to the lineup soon.

Porter last fought in November when he defeated Adrian Granados by unanimous decision on the undercard of Deontay Wilder. He previously has said he was gonna wait for his rematch with WBC & WBA champion Keith Thurman before he returned to the ring but according to sources he is waiting on an opponent to be confirmed for an upcoming date. 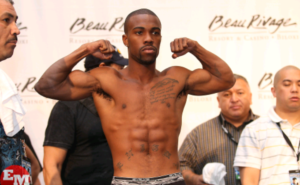 Russell Jr last fought in May of last year when he beat Oscar Escandon by 7th round TKO. He has developed a habit of fighting every 12-13 months the last three years so he is getting close to his due date. Russell has been ordered by the WBC to face his mandatory, Joseph Diaz, after his next fight. According to reports his likely opponent could be Claudio Marrero.

The heavyweight unification fight on March 31st between Anthony Joshua and Joseph Parker could also be added to Showtime’s lineup. The network has an option to match any other American network for the right to show the fight.

Nyambayar On Russell Jr: “After This, Everyone Will Know My Name!”

Tugstsogt Nyambayar: It’s Fine If They Are Writing Me Off!  On February 8 at the PPL Center in Allenstown, Pennsylvania Tugstsogt Nyambayar (11-0, 9 KOs) gets the opportunity of a lifetime. He will challenge Gary […]

WBA orders purse bid for Charr/Oquendo In news that most fans don’t care about, the WBA announced earlier today that a purse bid has been scheduled for the heavyweight championship bout between title-holder Manuel Charr […]

Hearn: Need to Speak to the Governing Bodies