All eyes will be on Canada in the early hours of Sunday morning as Billy Joe Saunders defends his WBO middleweight title against hard hitting David Lemieux bringing down the curtain on a year in British boxing that man fans will not be sad to see the back of. Rewind back to this point last year and Kal Yafai has just been crowned as our 13th world champion, this tiny island boasted more world champions than any other nation. Things were good, really really good … weren’t they?

Sadly 2017 flattered to deceive. Now I do not want to be overly critical, because this year hasn’t been all doom and gloom. However, in my eyes there have been one too many painful nights over the last 12 months for my liking.

Carl Frampton and Ricky Burns lost their world titles early on, Anthony Crolla once again came up short against the ever game Jorge Linares. Liam Walsh was outclassed by Gervonta Davis. Kell Brook lost his IBF welterweight title in his own home town. Paul Smith failed in yet another quest for world honours, Nathan Cleverly was blown away by Badou Jack in 4 rounds, Luke Campbell and Hughie Fury failed in their own respective world title attempts, Sam Eggington’s rapid rise was halted losing his European title in the process. Finally, and probably the biggest shock of the year be it on these shores or globally James DeGale put in a simply abysmal showing against Caleb Truax to lose the IBF super middleweight championship in his first fight back in London for years.

Pretty painful right? It all seems pretty bleak? … Not entirely. 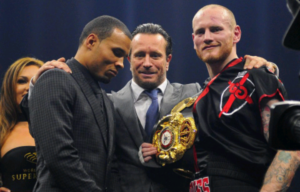 Whilst James DeGale suffered the worst night of his professional career. His fellow British Super middleweights have provided a glimmer of sunshine on what has largely been a forgettable year. Saint George Groves finally became a world champion at the fourth time of asking, Calum Smith also realised his dreams and became the WBC Diamond Champion whilst Chris Eubank Jr has steadily made progress with all three fighters taking part in the WBSS semi-finals next year.

For me the 2017 British Boxer of the Year is  Ryan Burnett. Ryan has had 3 fights this year and ends 2017 as the unified WBA Super and IBF bantamweight champion. I hope to see him in big fights against Luis Nery or Zolani Tete in 2018.

You’ve probably got the this point in the article and thought this guy is nuts, I can’t believe he’s left him out ….. really? 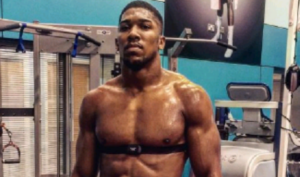 No I haven’t forgotten about our heavyweight king. I was at Wembley Stadium in April to watch what was in my opinion the fight of the year. That fight had everything and by the end of the fight id experienced a plethora of emotion and shouted so much my voice wasn’t the same for days. You could argue that Joshua beat an old man. But, Klitschko looked better than I had seen him in 6 or 7 years. What struck me was the stark change in the fans attitudes towards the once great heavyweight king.  He was met with a chorus of boos but left that ring a hero that night as he pushed the young champion to the limits before being stopped in the 11th.  Joshua was a unified champion and had made history with a record breaking British attendance.

2017 saw more bad nights than good, but I look forward to what 2018 has in store. But I’ve done enough talking, look out for my next article where I will talk about what’s in store and who to look out for in our young crop of prospects.

Aaron is the UK correspondent for 3KingsBoxing.com

Joshua: “Fury Would Fight Me Faster Than Wilder Would!”