The Boxing Writers Association of America recently made an historical announcement in that beginning with 2017 they will introduce a Women’s Fighter of The Year award.  This is huge for Women’s Boxing and it deserves our full support and attention. Women’s boxing and it’s contribution to the sport can be traced back as far as this writer can recall. 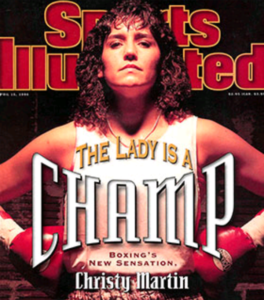 You have women like Ann Wolfe, who many consider to be hardest puncher and best fighter in the history of women’s boxing.  Then there is Lucia Rijker who once upon a time was dubbed the most dangerous Woman in the World, ‘The Coal Miner’s Daughter’ Christy Martin who could forget her fights on Mike Tyson’s undercards or Cathy Davis who was the first woman to appear on the cover of Ring Magazine in 1977. They opened doors for future boxers like the daughter of ‘The Greatest’, Muhammad Ali himself, Laila Ali. Her fight with Jackie Frazier-Lyde (Daughter of legendary & HOF boxer Joe Frazier) still gives me goose bumps. The list could go on and on forever. 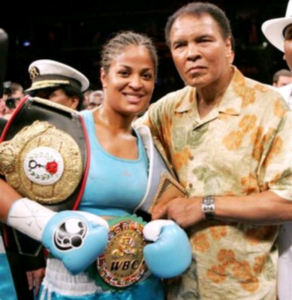 With the recent attention of network television along with promoter support, it seems Women’s Boxing is finally getting the respect they deserve.  Judging by the talent pool of the current crop of fighters we are seeing something special taking place. We’ve seen the rise of young amateur stars like Claressa Shields, Katie Taylor & Nicola Adams turning Olympic triumphs into professional success. 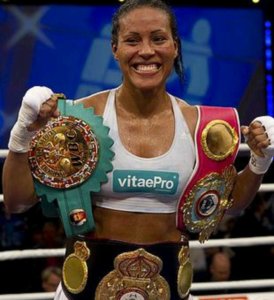 So when you look at this move by the BWAA it makes a lot of sense and proves that Women’s Boxing is on the rise. The voting committee also consists of very respectable people such as Sue Fox former boxer, David Avila respected journalist and supporter. This is a move the BWAA is planning on doing every year and helps brings long awaited recognition to all who sacrifice for our entertainment.