Opening Doors For Others

The reason we all love boxing are the fights that have us guessing who will win when we know it’s a TRUE 50/50 fight.  If you look at the junior welterweight and light heavyweight divisions you will see lots of 50/50 fights now that Terence Crawford has moved up & Andre Ward has retired.  It definitely seems to have brought life to the 140lb & 175lb divisions.

Sometimes being the MAN or being so good can be a curse because no matter who you fight it’s not that big of a shock and some people won’t give you full credit for the victory.  Which is why when guys retire or move up the roster the sanctioning bodies get to work on moving the other puzzle pieces into place. 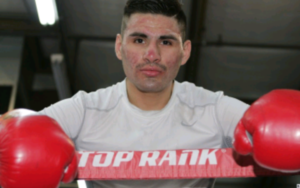 This is when very interesting fights are made. This past Saturday we saw Jose Ramirez give notice to the WBC & Amir Imam along with the rest of us to PAY ATTENTION and don’t take him lightly as he dismantled unbeaten contender Mike Reed guaranteeing himself a title shot.

As we look down the road there are a lot of interesting match up & contenders at 140lb Regis Prograis, Maurice Hooker, Rances Barthelemy, Josh Taylor and let’s not forget current IBF champion Sergey Lipinets. Plus there’s Julius Indongo and Viktor Postol both men whose only losses were to division kingpin Crawford. 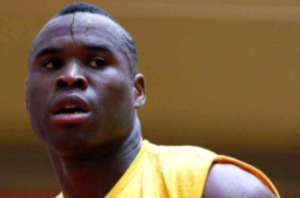 Now we have a similar situation at 175lb although it could be argued that long reigning WBC Champion Adonis Stevenson has the upper hand.  However, with the WBA, WBO and IBF titles vacated by the retiring P4P king Ward, some doors have definitely been opened. Badou Jack defeated Nathan Cleverly on August 26th to win a portion of the WBA title but later vacated in which provided a unique opportunity for current  WBA Champ Dmitry Bivol to win the title by defeating Trent Broadhurst. Now it looks likely Bivol could face former Ward opponent Sullivan Barrera if the later is able to get past challenger Felix Valera on November 25th.

Then we got Sergey Kovalev vs Vyacheslav Shabranskyy for the vacant WBO title on the 25th as well as newly crowned IBF Champion Artur Beterbiev, after he was able to beat challenger Enrico Koelling by 12th round stoppage this past weekend.  There is a serious youth movement in this division to, especially when looking at it’s contenders & the possible match ups with the likes of Oleksandr Gvozdyk, Marcus Browne, Joe Smith and the UK’s Anthony Yarde.

Lets not forget crafty veterans like Lucian Bute or Jean Pascal, who are still “gatekeeper” type of fighters.  Once the titles are situated and placed around the waist of the deserving champions. I can only hope that the sanctioning bodies & fighters make the moves necessary to lead us to that RARE ROAD called undisputed.

Caleb Plant to David Benavidez: “If he can keep his nose clean…”

Stephen “Breadman” Edwards’ three fight plan to pay-per-view for Julian “J-Rock” Williams. What a difference one fight can make! Just ahead of his May 11 dust-up with Jarrett “Swift” Hurd, many were overlooking Julian “J-Rock” […]