Billy Joe Saunders is coming off a one-sided decision win over former IBF middleweight champion this past Saturday. There were many that felt Lemieux was a legitimate threat to not only beat Saunders but knock him out.

Saunders proved to be a much more difficult puzzle to solve than Lemieux or anyone that thought the Canadian would win anticipated. He literally won pretty much every round.

After the victory the England native seems to have a myriad of choices as far as his next opponent goes with his mandatory now out of the way. Earlier today he said he may even move up to 168 his next fight and has an opponent in mind. 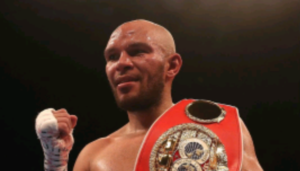 “I’ve got the option to move up in weight and there are some big fights up there at 12st. I would love to fight Truax who beat DeGale, I’d be happy to take him in April if he was willing to come over. As long as I could keep my middleweight belt, I’d move up and win that IBF belt at super-middleweight too.”

“To go there and take it off James DeGale, fair play to Truax. It shows that in boxing anything can happen. When you’re fighting someone who is coming for that title, who is coming from America where he lives in a shed somewhere, that title is his big ticket.”

Saunders is hopeful of securing a September showdown with either Gennady Golovkin or Canelo Alvarez. The pair are set for a May rematch following their controversial draw earlier this year.

Hearn: “I Can Make Saunders vs Smith Once Callum Agrees to it!”

Time To Back Up All The Talk   Next Saturday in Laval Quebec, Canada all the talking finally stops and Billy Joe Saunders has to prove his fists can write checks that his mouth can […]