After Anthony Joshua’s promoter, Eddie Hearn said he had received no offers from WBO heavyweight champion  Joseph Parker’s team and told them to “pick up the phone”; Parker’s promoter David Higgins, Director of DUCO Events went on a rant about Hearn being greedy.

Hearn has previously said that if he offered them 20% they should jump at it. But Higgins thinks the fight should be a 60-40 split in Joshua’s favor. He also said he believes the fight itself is 50-50 and Hearn is afraid Joshua may lose; 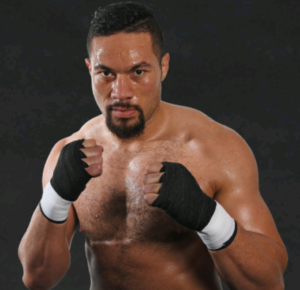 Higgins told Omnisport: “We are not in a hurry, because for us there is a dignity about it. We want the fight, we will take it next, but we will not do it if we don’t feel we are being treated reasonably.

“We think we win the fight as Parker has never been [knocked] down, he has a rock-solid chin and AJ has been down more than once. At best it’s a 50-50 fight, but we think we win.

“That could be why they are dragging things out. Anyone who thinks Joshua walks through Parker is dreaming.”

Higgins believes it is only matter of time before the fight happens, but an agreement will only be reached if the Joshua camp show some respect.

“A mandatory pays about 30 percent generally, we know that Charles Martin was paid more than $5 million and we think [Kubrat] Pulev was around that. I won’t disclose what we’ve been offered, but it’s a lot less, so we think it’s not a fair offer,” he said.

“I think they are trying it on, because they probably think we are from New Zealand, we are not as experienced, not used to the big time, that type of assumption. They will find out that is not correct.”

Higgins added: “I think the fight has to happen. It would be embarrassing for AJ to proclaim he wants unification, then not make a deal with [Deontay] Wilder or Parker. I’m sure AJ and Hearn have enough money for life, so it’s about legacy and unification.”

“They have said that, so they have just got to get closer to a fair deal and we are on. We don’t care where or when, we will fight him anywhere.”

“These big fights always happen, whether they happen quick or slow is down to greed and realism.”

All we can report is what we are told by each team but one thing is certain; fight fans want to see an unification fight in the heavyweight division next. Whether it be Joshua/Parker, Parker vs WBC champion Deontay Wilder or Joshua/Wilder, just give us one of them and soon! 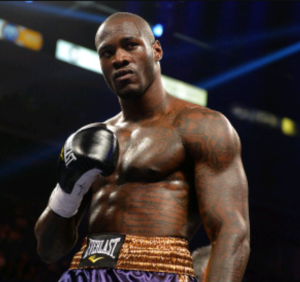 Dimitry Bivol: The Forgotten Champion at 175

Why has Dmitry Bivol been under the radar? Paging Dimitry Bivol! Could you please report back into the minds of boxing fans? It’s been six months since the WBA regular champion has fought. Also, there […]

Carl Frampton: “The Next Fight I lose I’m Done”

High Stakes in Frampton v McCreary After suffering a freak hand injury ahead of his last bout, Carl “The Jackal” Frampton (26-2, 15 KO’s) is ready to make his return to the ring. His return […]

Bill Haney Thinks Time Off Has Been Good For Devin Haney!  It’s far from one of the world’s greatest mysteries that boxing is a tough way to earn a buck. After years of honing one’s […]