After this past weekend boxing fans the world over know about the triangle match Keith Thurman, Danny Garcia and Shawn Porter seem to be trying to land. Funny I know but what else are we to call it? Perhaps a circus? A Hollywood production?

It’s articles such as this that are hard to write without running the risk of coming across bias. Is it really bias though when you’re just saying what most believe to be true? After all perception is reality right?

Thurman is currently the WBA and WBC welterweight champion and that in itself makes him a target for other fighter’s in his division. How well he avoids the shots fired by these other fighter’s determines how long he remains the champion. That’s just how it works.

Thurman has a fight coming up on May 19th against an opponent to be announced and after over a year off due to injury that is completely understandable. It’s his next fight where I myself along with the majority of boxing fans have a problem with the Thurman “Get Back” plan.

Not too many people honestly care to see him rematch the aforementioned Garcia and Porter. I state this after taking a poll of over 300 fans and less than 10% disagreeing with my statement. Yet guess what?

Winner, Winner chicken dinner! You guessed it! The goal is to fight them BOTH!! What you think I’m joking? Well just read what WBC President Mauricio Sulaiman has to say about it:

“On Saturday Danny won the eliminator (against Brandon Rios), but Thurman has a voluntary because of the injury that he had – but after that he has to do a mandatory with Porter and Garcia. At the end fight from last Saturday, Porter went up to the ring to challenge Garcia and we are going to see if they are actually going to face each other. But yes, they are the two mandatory challengers,” said Sulaiman to ESPN Deportes.

Uh? You don’t like that? Well obviously they don’t care. We’re just the people that pay to see the shit they’re trying to sell, that’s all. 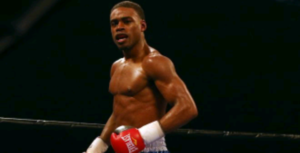 I know, I know you want to see Thurman vs IBF welterweight champion Errol Spence Jr. Hell I’ll take any of those three guys facing Spence honestly. Preferably the unification, but if the powers that be insist on giving us leftovers how does Thurman vs either, Spence vs the other and then the winner’s meet to kick off next year in say March sound?

Oh did I happen to mention that arguably the sport’s best fighter, Terence Crawford, is in this division as well? Well if we use the past as our gauge then we already know the likelihood of seeing him versus any of the above mentioned guys. Why you ask? Simple: Boxing Politics. 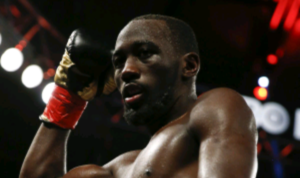 Crawford is promoted by Top Rank and fights on ESPN. As we recently saw with the Vasyl Lomachenko vs Jorge Linares negotiations, that’s not such an easy problem to overcome even when everybody involved loves the deal financially. Bad part is that Crawford and Spence are the only two guys I feel confident in saying would face each other without any hesitation.

PBC Releases Statement on the Status of Errol Spence Jr!

Crawford to Spence: “Take Off Them Panties & Let’s Sign The Contract!”